Property Maintenance: What not to put down your kitchen sink

How to avoid kitchen sink backups after dinner As a homeowner or renter in Santa Cruz there are many little steps you can take that help you prevent having to deal with an after hours emergency and plumbing ones usually can get pricey. Best example the kitchen sink!  Even if you have a garbage disposal, certain foods can... 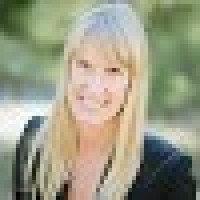 How to avoid kitchen sink backups after dinner

As a homeowner or renter in Santa Cruz there are many little steps you can take that help you prevent having to deal with an after hours emergency and plumbing ones usually can get pricey. Best example the kitchen sink!  Even if you have a garbage disposal, certain foods can seriously gum up the works. To keep your pipes flowing freely, don't put these things down your drain .

Pretend your sink is on a perpetual Atkins diet and steer clear of giving it too many carbs — even if you're lucky enough to have a garbage disposal.

"There are several foods that cause big problems in your drain when you put large quantities into the disposal," says Abrams. "The worst offenders are pasta, potato peels, and rice. These starchy foods turn to goo inside your drain."

How to dispose of starchy foods: Drain those items through a sieve or colander and then dump the rest into the trash. Then, use a paper towel to clean out the remnants from the strainer before you wash it. (Or compost them of course!)

To keep on the weight-loss theme, your sink's meals should also be fat-restricted. It goes in as a liquid, but it will congeal like candle wax and gradually decrease the diameter of your drainpipe until the flow eventually stops altogether.

How to dispose of cooking fats: What to do instead? Keep an old coffee can nearby and pour off oil before washing the pan. Some fat is bound to slip down the drain, so to keep it from building up, run the tap at its hottest temp for a minute, followed by a few healthy squirts of grease-cutting dish soap, like Dawn. Then, run the water for one more minute.

Even though they're small and you think they'd be no big deal, broken eggshells and coffee grinds can cause problems. It takes a lot of water to push them through your drainage system so they usually end up contributing to a clog deep inside your pipes.

How to dispose of eggshells and coffee grounds: Peel hard-boiled eggs over the trash and throw away shells once you've cracked them. (Or compost the shells!) Use a fine-mesh sieve when cleaning out a French press and toss the grinds it collects. If your coffee carafe tends to get grounds in it, add a bit of water to a mostly empty pot and dump it in your garden.

Fibrous foods like celery chunks and carrot peels can overwhelm the disposal and clog your drain. And without a disposal, these chunks will obviously just sit in the drain and cause clogs.

How to dispose of fibrous veggies: Do your drain (and yourself!) a favor and put all veggie scraps right into the trash or compost.

Seeds of all sizes are problematic. You might be tempted to see what your disposer can do with a peach seed, but know this: It won't do much! Large seeds end up bouncing around inside the disposal like a rock. They'll just clatter around inside and beat up your disposal until it is finally removed.  Smaller seeds, like flax seeds, will just get stuck in the curves of the pipes and cause backups.

We at Distinct Property Management run into maintenance requests about clogged kitchen sinks at least once a week and in 99.9% of the cases the cause was a build up of grease, which has turned into black thick goo. Grease is a normal substance found in the kitchen, and comes from cooking processes and food...

What is renters insurance and why is it important?

At first glance, many people assume renters insurance is only to protect their personal property. But did you know that renters insurance actually provides three types of coverage? 1. Personal Property or Personal Belongings Coverage: This includes items such as furniture, clothing, electronics, appliances, and bedding to name a few.  However, there are certain personal...

About the importance of dryer vent cleaning

Do you know why regular cleaning of dryer vents is so important? As a tenant, you understand the importance of checking your smoke detectors, changing your air filters and keeping up with other preventative maintenance in your home. But how much time do you spend cleaning your dryer vent? If you’re like the average resident,...